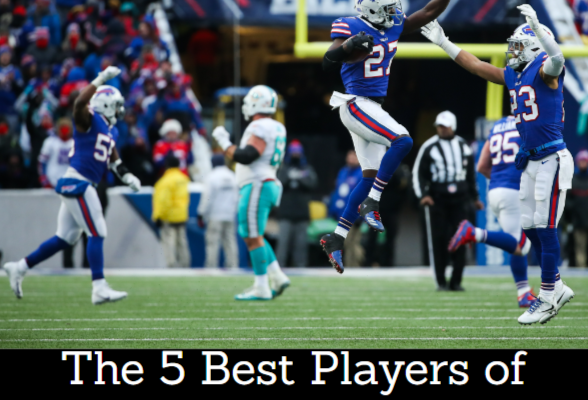 While football is unquestionably a squad game, some players will have more burden on their shoulders than the remainder of the squadmates. Some have achieved great things while others still haven’t. So today, in this article we are going to talk about the 5 best players of the Buffalo Bills in NFL 2022 who made it to our list.

Josh Allen is an American professional football quarterback who plays for the Buffalo Bills of the NFL. He was a part of college football at Wyoming and received the MVP of the bowl match. Allen was drafted 7th overall in the NFL Draft by the Bills in 2018. 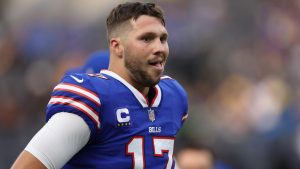 Fast forward to 2022, Allen is undeniably the best quarterback that the Bills got. There are plenty of talented quarterbacks but the fact that Allen is number one on this list proves why he is the best. The 6 ft 5 quarterback has outstanding ball control, an accurate sense of passing, and complete agility. Need we say more? His career looks very promising if he keeps continuing at the same pace.

Stefon Diggs is an American professional footballer who plays the role of wide receiver for the Buffalo Bills of the NFL. Diggs was part of college football at Maryland and was selected in the 5th round by the Minnesota Vikings in the 2015 NFL Draft. 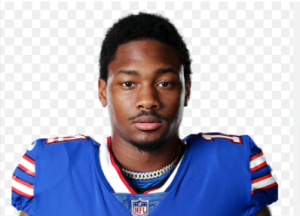 Diggs is the fastest receiver to exceed a hundred catches with his squad the Bills in a season breaking the record of Eric Moulds’ franchise. In 2020, he led all the Leagues receivers with a reception of 127 and receiving yards of 1,535.

Von Miller is an American professional footballer in the role of outside linebacker who currently plays for the Buffalo Bills of the NFL. He partook in college football at Texas A&M, where Miller obtained All-American honors and the Butkus Award. He was drafted second overall in the 2011 NFL Draft by the Denver Broncos. Jordan Poyer is an American professional footballer in the role of strong safety who currently is a member of the Buffalo Bills of the NFL. He partook in college football for Oregon State University, where he received consensus All-American. Poyer was selected in the NFL Draft 2013 by the Philadelphia Eagles and was also a member of the Cleveland Browns. 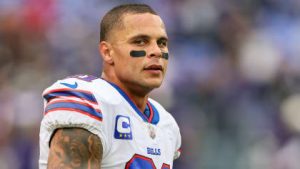 Taron Johnson is an American professional footballer in the role of cornerback who presently plays for the Buffalo Bills of the NFL. Johnson was a part of college football at Weber State. He also partook in high school football at Sheldon High School in Sacramento, Calif. 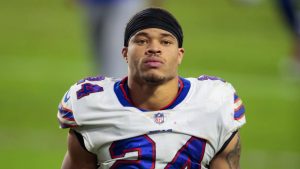 Johns displayed tremendous improvement in the last few years. Since 2020, he holds a top-ten place coverage grade and a high-ranking third with twenty-five passing stops. The 26-year-old is a slick operator in zone coverage and plays with good balance and counterweight.  Over the previous two seasons, he missed only five out of 76 tries making him the third-lowest missed tackle by a player in the zone.

His performance led to a well-deserved contract lengthening at the start of the 2021 season, providing the Bills with one of the Top spot corners for the following years.

The 5 Best Players of Philadelphia Eagles in NFL 2022

The 7 Most Hated Players in the NFL of all time