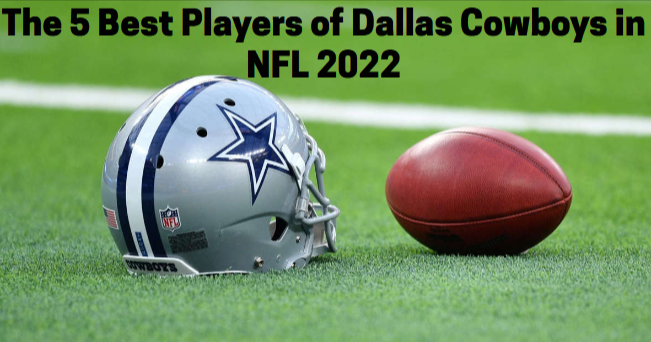 Football is a sport that revolves around the whole squad, but individual players can push the success of a squad and as most of you already know, the cowboys consist of some of the most talented players in the game. Moreover, the Dallas Cowboys have always managed to be ranked as one of the most competent rosters in the NFL.

So in this article, we will discuss the best 5 players of the Dallas Cowboys in NFL 2022.

Zachary Martin is an American professional football offensive guard who plays for the Dallas Cowboys of the NFL. He was a part of college football at Notre Dame and was drafted sixteenth overall in the first round by the Cowboys in the 2014 NFL Draft. He is a seventh-time winner of Pro Bowls and was elected to seven All-Pro squads. Martin is regarded as one of the best guards in the National Football League (NFL). 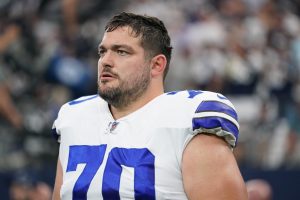 He is probably the most underrated player in the league. He received a career-best 93.9 PFF grade the previous season, making six different PFF game grades over 90.0 that season. His performance over the years has greatly improved and seems to be doing extremely well this season and that is why he is I’m the top spot of our list.

Micah Aaron Parsons is an American professional football linebacker who is a member of the Dallas Cowboys of the NFL. He also played college football at Penn State, where Parsons was declared a Consensus All-American, the Butkus–Fitzgerald Linebacker of the Year, and the Cotton Bowl Defensive MVP in the second year in 2019. He was drafted in the first round of the 2021 NFL draft by the Cowboys. In the 2021 season, he was also named the NFL’s Defensive Rookie of the Year. During his rookie season, Parsons was compared to Lawrence Taylor and that’s how impactful he was and why he was a true Defensive Player of the Year candidate. Parsons has many special abilities and if he were to brush his skills a bit more, he will definitely be one of the best players in the NFL.

Dak Prescott is an American professional football quarterback who is a member of the Dallas Cowboys of the NFL. He was picked by the Cowboys in the fourth round of the NFL Draft in 2016. Prescott has remarkable stats and many defend him for that fans include his name in every debate when it comes down to differentiating NFL players but at the same time, others point out his insufficiency of on-field victory. Nevertheless, he is still a top 3 on our list if we evaluate his performance based on the previous season’s achievements.

Trevon Diggs is an American professional football cornerback who plays for the Dallas Cowboys of the NFL. He was a part of college football at Alabama and in which he was drafted in the second round by the Cowboys in the 2020 NFL Draft. He’s undeniably one of the most contentious players for the Cowboys, Diggs participates in the 2022 season as one of the upscale NFL cornerbacks. His impact as a cornerback can not be ignored. Putting it simply, he is a playmaker and gets things accomplished. He also recorded twenty-one passes defended, 2nd in the league. Diggs only has to work on his coverage skills and the Cowboys will be even stronger.

Tyron Smith is an American professional football player who is a part of the Dallas Cowboys of the NFL. Back in his college days, he played football at USC and won the Morris Trophy, acknowledging the West Coast’s best offensive and defensive linemen in 2010. Smith was the ninth overall pick in the NFL draft in 2011 and was drafted by the Cowboys 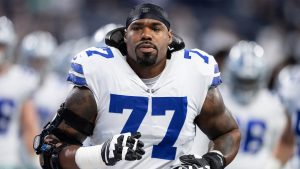 Smith is an integral part of the Cowboys as he takes care of the outside and is regarded as the best tackle as per the overall grade according to PFF. He could have been effortlessly on the top or second of our list but due to his injuries, he isn’t able to give his all. Nonetheless, he’s still pretty much active and can secure a top-5 status.

The 5 Best Players of Green Bay Packers in NFL 2022

The 5 Best Players of New England Patriots in NFL 2022