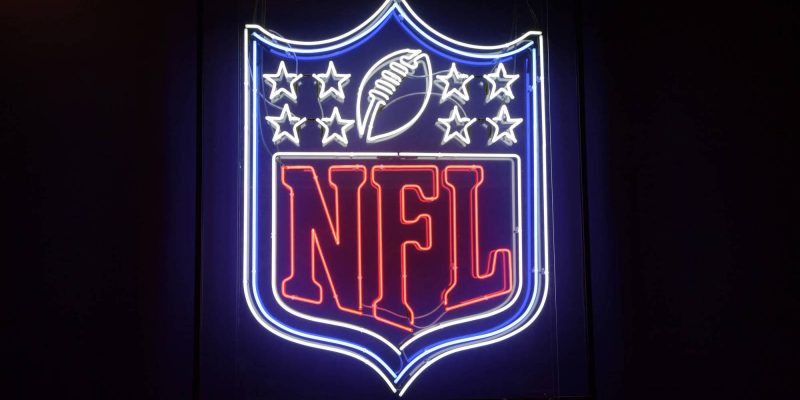 The best way to support your favorite team is by donning the team’s jersey and cheering for them. Over the years, almost all of the NFL jerseys either got a complete makeover or a slight change to it. Some prefer the classic ones over the new ones and vice versa. In this article, we will talk about the Top 10 coolest NFL Jerseys of all time. 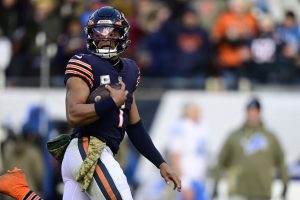 Nothing beats the all-white classic of the Bears. Just thinking about it takes us back down memory lane as we recall Walter Payton, Gale Sayers, and Dick Butkus donning the team’s uniform with a huge capital “C” on the side of the headgear. They really did make the uniform stand out and made it one of the coolest jerseys of all time.

Nonetheless, the Bears’ uniform may have changed but nothing can replace the classic look. 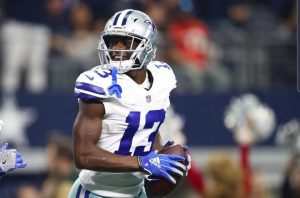 The Cowboys follow a tradition of mainly donning the same jersey week in and week out while keeping their other primary uniform for special events. Nevertheless, it’s also kind of a crime that the Dallas squad have a jersey as cool as their navy primary and they rarely choose to put it on at any allotted chance.

Fans love the navy look a little too much because they rarely get to see then wear the famous uniform. 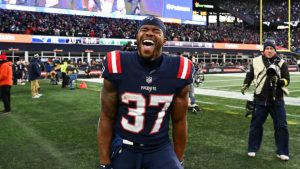 NFL squads exactly knew what they were doing when it came down to color matching because red, white, and blue were a part of the franchise. If we have to pick one, the red uniform in particular stood out the most. I mean who doesn’t remember such a bold color right? No wonder the Patriots stood out on the field so much because they were the center of attraction whenever they donned red. However, it looks like the Patriots haven’t put on these throwbacks for quite a few years. Will they make a comeback? Not sure, but those certainly were the times of our lives. 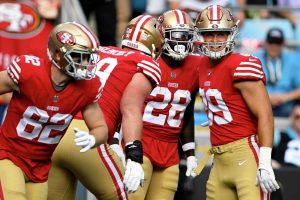 Probably the only team that had their numbers so large that it can be visibly seen even from a very far away and not forgetting the three lines on the sleeve which made everything look perfect. What’s even better is that supporters could see all the player’s numbers from the back seats. Also you can’t deny the fact that there’s also something extremely dapper about all-white uniforms. 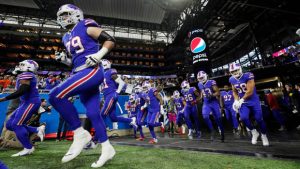 The Bills have multiple options for this list, including the classic style with the scarlett bison on the side. So if we had to pick one, we’re definitely picking the 90s uniforms donned down by legendary players likeJim Kelly, Thurman Thomas, Bruce Smith, and Andre Reed. We could say that these players literally made the uniform even more famous. 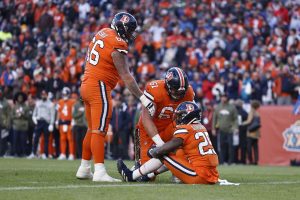 The Broncos orange uniforms are already a unique, bold color and with their bold blue headgear surely they stand out enough but what if you have a large “D” on the side of the headgear and a snorting horse on the other, it pushes to the next level. However, the Broncos changed jerseys before John Elway triumphed two Super Bowls, but the orange jersey will always remain in the hearts of many. 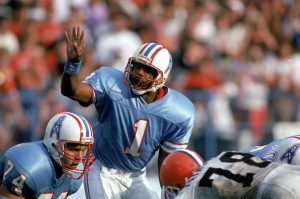 The baby blue tops with red outlines and white numbers of the Oilers are some of the coolest classic uniforms in NFL history. While most of the NFL teams chose bold colors, the Oilers chose a subtle color that was more appealing to the eyes and we absolutely loved it. 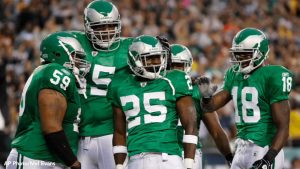 Sporting a green top, and white bottoms with two green stripes, The Eagles just like the name have wings on the headgear making them look like a superhero. It is the very definition of a perfect combination and the subtle sparkle whenever the light struck the green numbers hit on a whole different level than all the other green uniforms in the NFL. 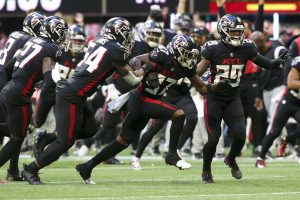 The Falcons black top and black helmet were a thing back in the 90s. Simply put, Andre Rison and Deion Sanders greatly helped the Falcons uniforms, made it look more stylish and one of the coolest looks in the NFL during that time. The uniforms may have changed for the better but the all-black uniform was still very great. 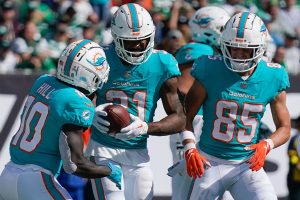 The white tops with large teal numbers in orange outlines were so eye-catching and uncommon. What’s even more perfect is they paired the top with teal based bottoms which were a great combination. Although not as popular as the others, there’s something about this uniform that pulls us closer.

The Top 7 Oldest Wide Receivers who play in NFL